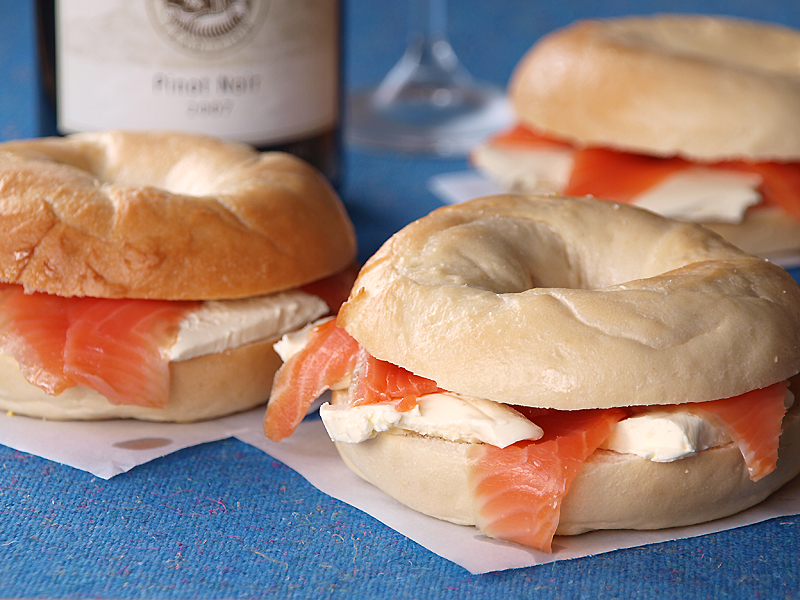 I am not sure if this will qualify as a recipe as it does not involve cooking and only contains four items, bagel, salmon, cream cheese and capers but I am posting this to share my favourite bagel filling. Bagel for those who does not know is a type of bread similarly shaped as a doughnut, the cooking process is a bit different from other bread as this involves boiling in water before baking giving that distinctive taste, shiny appearance, dense dough and chewy texture.


Bagel was invented during the 1600’s in Kraków, Poland aimed to compete with a popular bread called bublik which was consumed during the Lenten season. Apart from being a Lenten bread, bagels are also given as a gift to women in childbirth, then in the late 16th century its popularity became widespread and became a staple in the Polish diet. Bagel came from the word “beugal” which means bail/bow or bale which closely defines its traditional shape of stirrup (similar to “D” shape). This bread was then brought to the United States by immigrant Polish-Jews then in 1960’s bagel baker Harry Lender and Florence Sender started the mass production of bagels by automation and the rest was history.

As I had told earlier this is my favourite bagel filling how about you what’s yours?