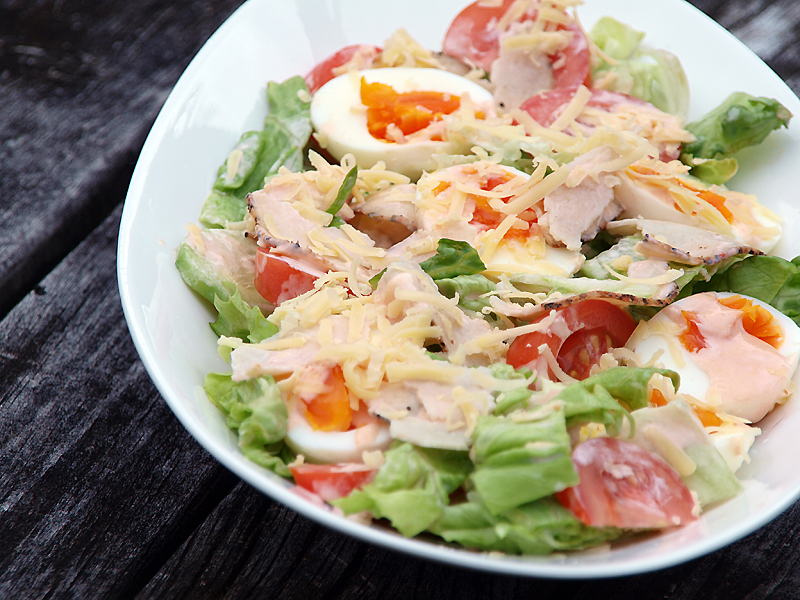 Chef’s Salad is a type of salad which consists of hard boiled eggs, cold cuts, tomatoes, cucumbers, cheese and lettuce dressed with thousand island dressing. A salad that originated from a salad called Salmagundi which was a popular salad during the 17th century England and colonial America. A really easy salad to prepare which good for the coming summer season here in New Zealand, its light, its flavourful, it is satisfying, in fact I can eat it alone without my mains.