Gnocchi in Tomato Sauce with Chorizo and Feta 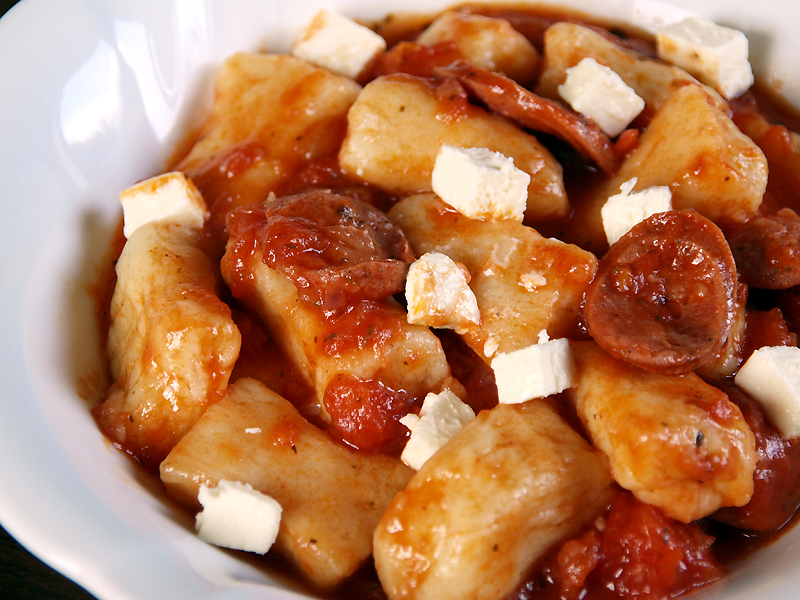 Gnocchi in Tomato Sauce with Chorizo and Feta

I am not sure whether I can classify gnocchi as pasta as it may have a classification on its own which I am unaware of, but for this post I will classify it as such as it is usually served as an alternative to pasta.  It is usually made out with a mix of potatoes and flour then shaped together for form small dumplings.  Cooked similarly same as a pasta then topped with either tomato sauce, pesto, butter or cheese.


Gnocchi is popular in Italy but its origins come way back since the Roman period from the Middle Eastern countries where it was introduced to those regions by the Roman legions when the Rome Empire was in its peak.  These countries develop their own specific dumplings similar to the modern gnocchi where they use the locally grown ingredients.  Initially potatoes were not used until the 16th century when it was introduced in Europe.

For this dish we will be topping our gnocchi with tomato sauce with basil, chorizos, pancetta and feta cheese.  Best paired with steaks and grilled meats and salads.