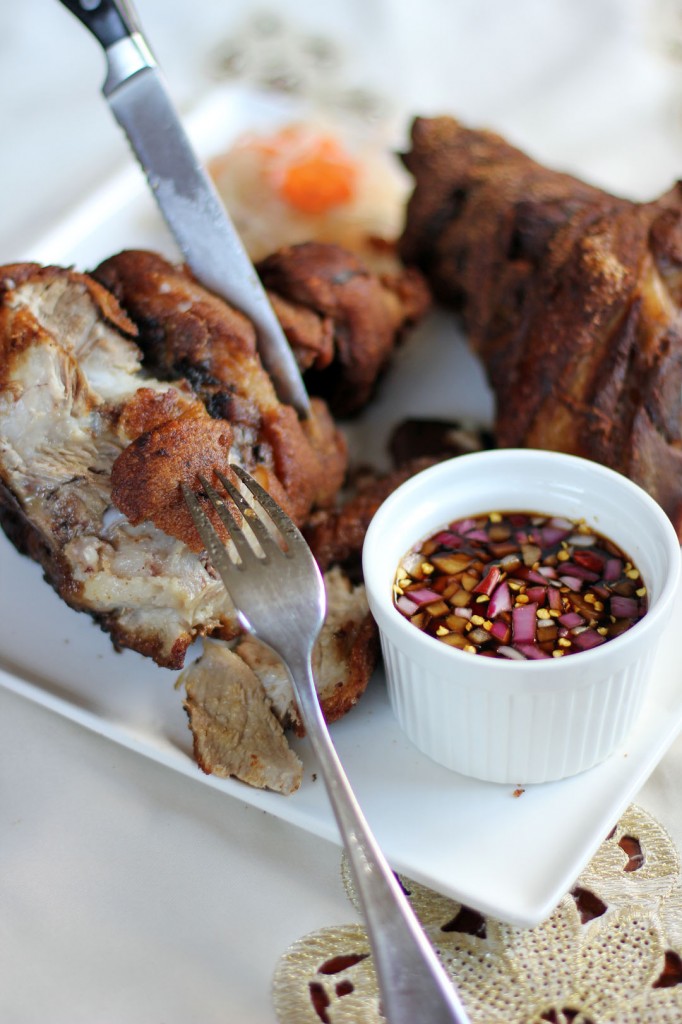 Crispy pata is one of the favorite dishes in the Philippines which usually is served in special occasions, it is similar to a lamb leg roast or Thanksgiving turkey in the Western World, It’s a simple recipe of deep-fried pork leg or “pata” in Tagalog served vinegar and soy sauce dip.  It’s a very unhealthy dish as the pork legs that already consist of high fat content is deep fried until skin becomes really crisp resembling pork crackling in texture, its a dish that the heart foundation definitely would not tick, but for my version I will not deep fry it for two main reasons, 1. To give the dish a lower less cholesterol level compared to the fried counterpart and 2. Its cheaper as you are not using a lot of oil for deep frying.  Now what will I do is bake it in an oven to achive not the same results as the fried one but trust me it will be near.


So today I will be making 3 legs as we have a christmas party to attend to in one of of local community organization and the picture above is our share on the pot luck, the time consumed in preparing this dish is nearly 3 hours for cooking and 24 hours to marinate and thats the key so that you have a very tasty meat that is soft and juicy on the inside but crisp on the outside.  If you have the same patience as mine then go ahead and follow this recipe. 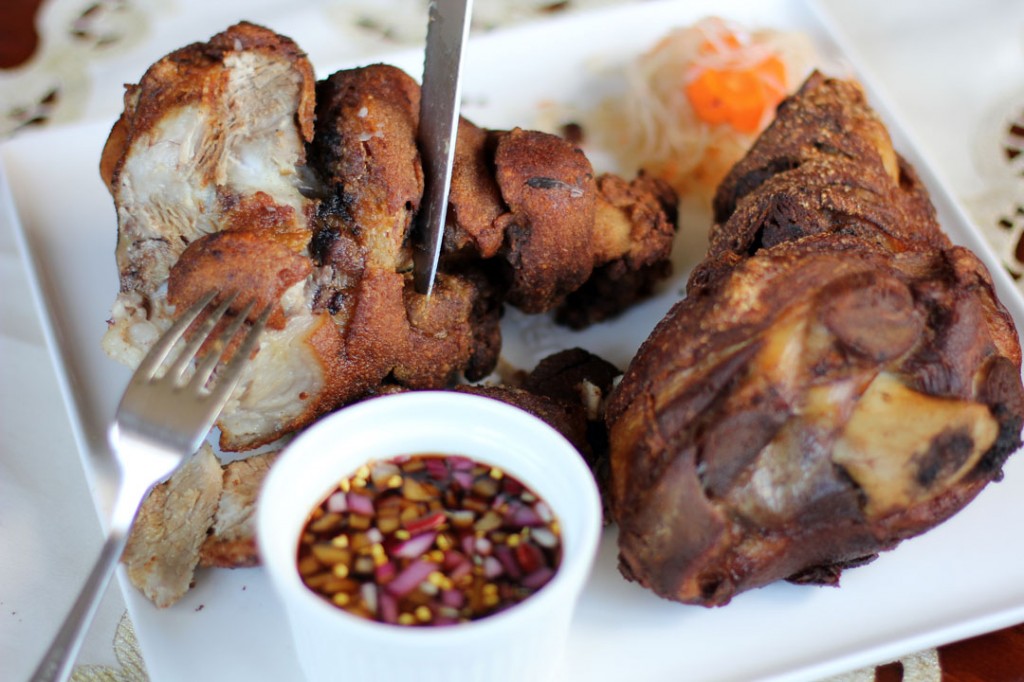