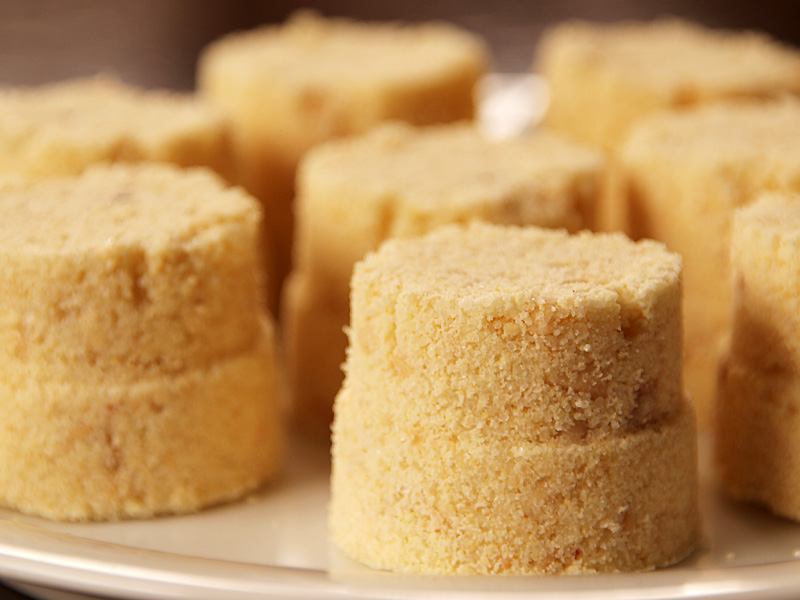 Polovron is a type of shortbread with Levantine origin, popular in Spain, more specifically in Andalucia as well as its past colonies such as Philippines and Mexico.  It is a very simple shortbread which is made out of flour, sugar and milk.


In Philippines it is called “pulburon” (Update: It’s not called as such but it is a type of mantecado) and in US its called “Pan de Polvo”.  Even though they are named differently in each region they share the common basic ingredients mentioned earlier plus the addition of local ingredients available to each region such as nuts and fat.  Since peanuts, cashew and pinipig (this is not a nut, type of green sticky rice which is pounded) is abundant in Philippines those ingredients are commonly added, while in Mexico they use pecans and in US they use anise (not a nut as well).  Same goes with the type of fat used; in Philippines we use butter, in Mexico and Spain they use pig fat and the modern version uses olive oil.

Now this post was from the idea of one of my blog readers “The pleasure monger” where she asked whether I have a recipe of polvoron, I promised to deliver it by posting it in a weeks time and here it is.  She had tried both the Spanish and Filipino version and gave a thumbs up on the Filipino version.  Now for this recipe, it will be a bit improvised as we dont have the poloron moulds here in New Zealand as well as those fancy translucent plastic wraps, so a medicine cup is used instead and no wrapper will be used.