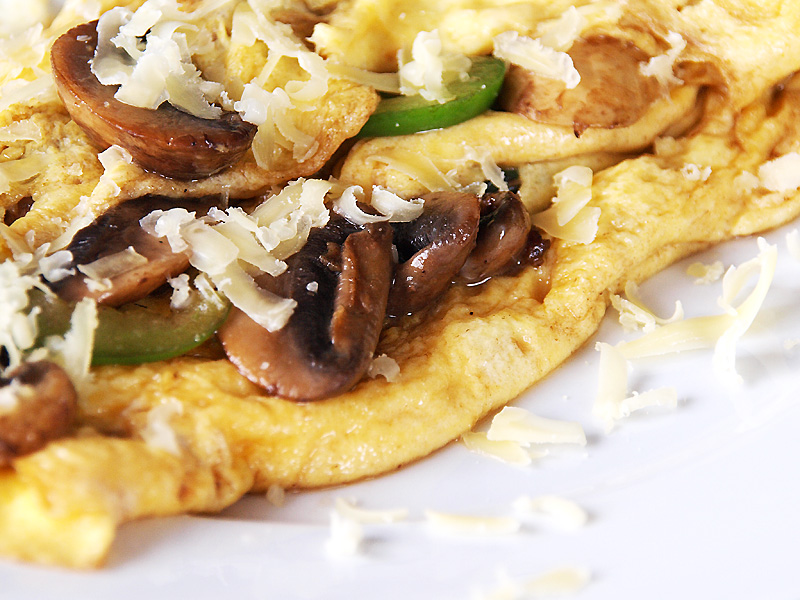 I guess eveyone knows what an omelette is, so no need for further explanation.  But I guess not a lot know whats the secret to a fluffy one.  There are two ways, one is by using cream or milk creating watter bubble vapours inside and another one is just aerating the egg whites then fold the egg yolks.  Giving it air gives that light and fluffy texture.  Also if you will be adding  some mushrooms, vegetables or other ingredients its best to cook those separately then just place it on top before folding the omelette, this way you can ensure that the fillings are cooked and eggs are not over cooked and retain that moisture.

Omelette according to history might have originated in Ancient Near-East which is now the Modern Middle East where eggs were beaten and herbs served as the fillings, it then later on travelled to Western Europe which gave birth to the local versions like the Spanish Tortilla, French Omelette and Italian Frittata.

Now for this recipe, it will be a simple mushroom and capsicum omelette which is really good for breakfast paired with toast.